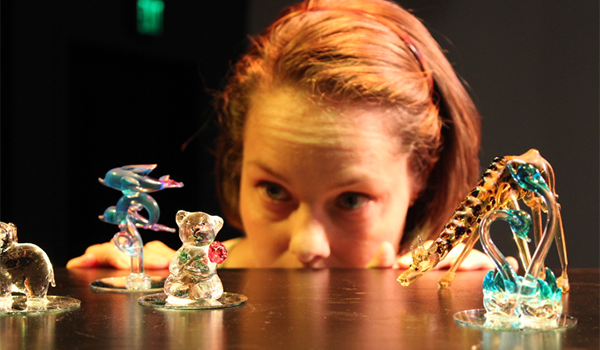 “Dearest: I give you the original script of this play of old sorrow, written in tears and blood. A sadly inappropriate gift, it would seem, for a day celebrating happiness. But you will understand. I mean it as a tribute to your love and tenderness which gave me the faith in love that enabled me to face my dead at last and write this play – write it with deep pity and understanding and forgiveness for all the four haunted Tyrones.” – Eugene O’Neill

DANVILLE – Eugene O’Neill was a legendary playwright and a pioneer of new dramatic techniques. He built Tao House in Danville after being awarded the Nobel Prize for Literature—the only American playwright to be so honored. His plays still resonate with audiences, having remained relevant to this day, and are frequently performed both on and off Broadway. The annual Eugene O’Neill Festival celebrates the man who made an enormous impact on modern theater.

The first in a series of performances, a staged reading of The Second Girl by Ronan Noone will take place at the Museum of the San Ramon Valley.

The Village Theatre will then host the Role Players Ensemble and Town of Danville’s presentation of The Glass Menagerie by Tennessee Williams, followed by a concert featuring Irish soprano Clodagh Kinsella.

The festival will wrap up at the Old Barn at Tao House with the play that put O’Neill on the map, Long Day’s Journey Into Night. Be sure to participate in the informative and entertaining events that accompany the performances, such as the annual hike from Danville to Tao House on September 8, the “Secrets of O’Neill’s Danville” history walk on September 21 and several festival previews at locations around the Bay Area in August.

For tickets and more information, call 925.314.3400 or visit EugeneONeill.org or VillageTheatreShows.com.