The History of the Monticello Dam

The History of the Monticello Dam 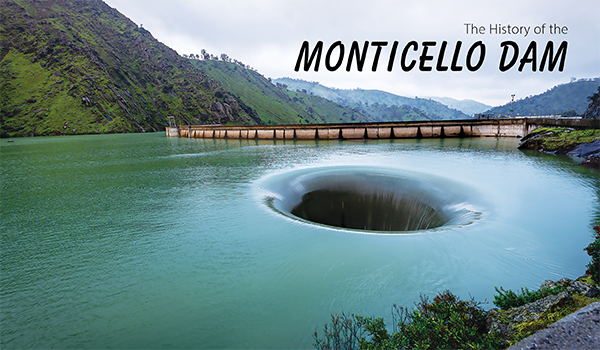 Learn about the creation of the 7th largest man-made lake in California, providing many cities with water and electricity.

Just outside of the town of Winters lies Lake Berryessa and the Monticello Dam.

Today the dam provides water and electricity for nearby residents and farmers, but more than 70 years ago, the building of the dam was a hot topic of debate. In 1948, the federal government could have chosen to save an economically significant land in Napa County—the fertile Berryessa Valley which accounted for an eighth of the county’s agricultural land. Instead, they chose to build a dam to harness Putah Creek, creating the 7th largest man-made lake in California. Prime agricultural bottomland in Solano and Yolo counties made irrigation difficult due to the lack of a reliable summer water supply and this project would be the answer to that problem.

Eminent domain caused the roughly 250 residents of the Berryessa Valley to slowly move out, and by 1956 the town was all but deserted as rising waters approached. About 300 graves were relocated to higher ground and crews cut down trees and demolished existing buildings and infrastructure. Eventually, the dam was built and Lake Berryessa was formed. It took about five years to fill the lake after construction, reaching capacity in 1963. The place where people once called home is now submerged in a man-made lake. 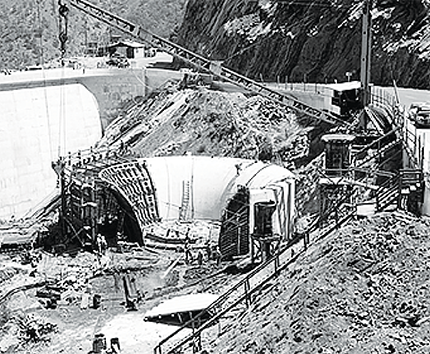 The construction of the Monticello Dam.

Even today, the lake covers a long-gone but not forgotten town. The lake and dam provide enough water to irrigate cropland in Vacaville, Vallejo, Suisun City and Fairfield, electricity to power the North Bay Area, clean water for most residents in Solano county and much more.

You may have even noticed the massive hole near the dam as you drive by. The hole, also known as the “Glory Hole,” exists to prevent over-flooding and ensure that the Monticello Dam is working efficiently in its purpose of providing a reliable water source.