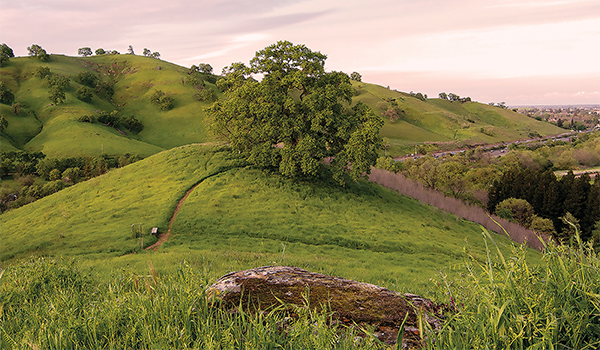 Just off I-80 lies Lagoon Valley Park. Learn the history of this rural open area and how it came to be the park you know and love today. Photo: AlessandraRC/stock.adobe.com

VACAVILLE – Before Lagoon Valley became the park you know and love today, it was inhabited by Native Americans. While looking for land to settle in California, pioneers recognized the area was fertile, and perfect for ranching and farming. The prominent Vaca and Peña families began building their adobe homes in Lagoon Valley in 1842 after petitioning for and being granted the Rancho Lihuaytos grant.

In 1884, Elise Buckingham purchased over 400 acres in the Lagoon Valley from the Peña family. She initially had the intention of reselling it for profit but decided on planting fruit trees on her newly acquired land instead.

Fast forward to 1972 and the city of Vacaville declared Lagoon Valley a Regional Park after further development of the land was strongly opposed by local groups such as the Lagoon Valley Conservancy, Friends of Lagoon Valley and the Peña Adobe Historical Society. These groups continue to ensure the natural landscape is preserved for generations to come.