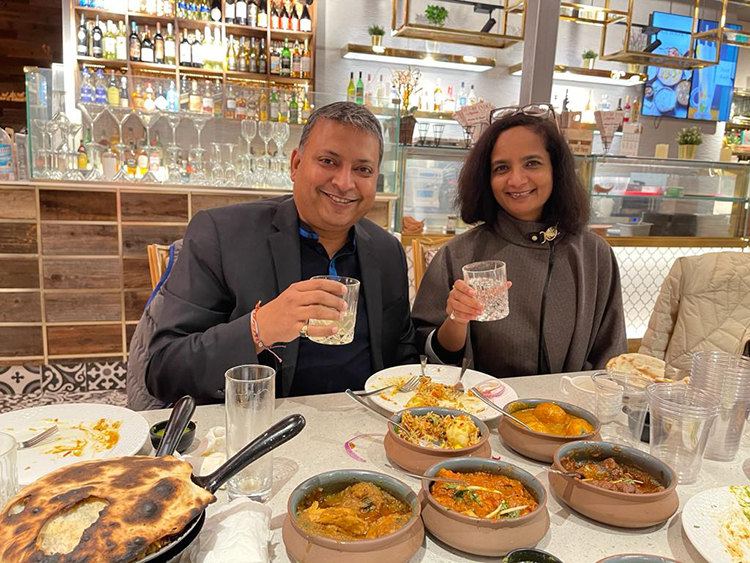 SAN RAMON, California – Gunjan Garg, the founder of Indian Hotspot in San Ramon, is enthusiastic about his Indian heritage and especially about Indian food. Hailing from a rich family history of restaurateurs and food chain experts, Gunjan persevered for over a decade not just to bring Indian food to Bay Area residents, but also a complete Indian experience.

Consequently, the spice rack in the restaurant’s kitchen houses over 100 spices and mixes that go into the nearly 400 items offered on the menu.

“I insist on using traditional spices so my customers can experience the broad range of authentic dishes, the Indian flavors, the Indian way,” Garg said.

Garg, gregarious and engaging, loves to indulge in conversations about the rich Indian culture and the history of diverse Indian food palette. He says that India is a true melting pot, with over 400 languages, each with its own religion, culture and cuisine.

“Most think Indian cuisine is either Northern or Southern but it’s difficult to capture that way. The truth is India is so diverse, the culture can change every 15 miles, and so does the food,” he said.

Savored with deep focus, the menu at Indian Hotspot attempts to reflect that cultural breadth—the restaurant was one of the first to combine Northern and Southern cuisines—but Garg says it makes the most sense to break the offerings into vegetarian or non-vegetarian, and into sweet or savory. 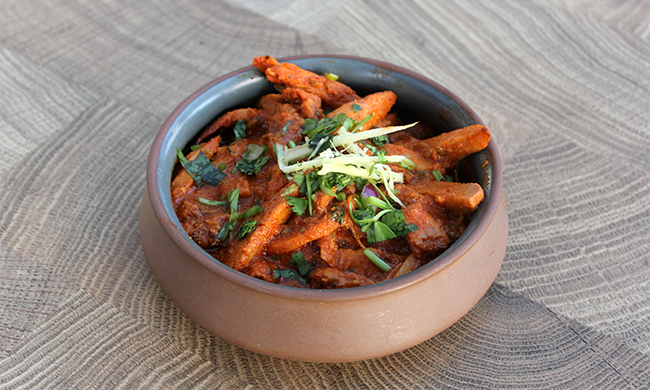 Achari Arbi, Indian taro root mixed with tangy red Indian pickle spices (Achar), is one of the chef recommendations on the menu at Indian Hotspot in San Ramon.

He recommends several “non veg” offerings such as the Butter Chicken Masala and Lamb Seekh Kabobs—but for an authentic experience, he insists the Yakhni Chicken Pulao is a “must have.” The Kashmir dish came from the Turks and features slow cooked chicken and basmati rice prepared in a chicken stock with whole spices, garlic and onion. The recipe, light on chili and served with green chutney, pairs beautifully with a merlot. Customers wishing to explore a plant-based dish might try the Kashmiri Vegan Josh, a delicacy served with slow cooked soya pieces in a curry of onions, garlic and tomato with traditional Indian spices.

Another goal of Garg’s was to provide the street food experience of India in a fine dining restaurant. These are the foods frequently found in marketplaces that can be enjoyed on the go, most often in the form of savory Chaats and Kachoris, or sweet Jalebis. Customers visiting Indian Hotspot, enter to see a display of these delectables that they can order to go as snacks or add-ons for dinner. 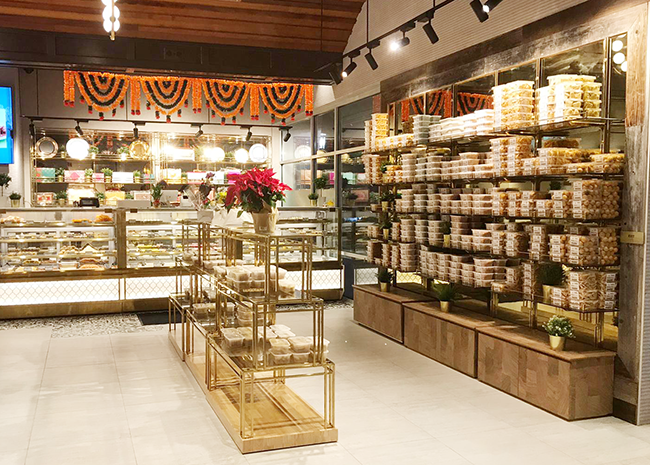 A large selection of authentic Indian sweets and snacks are available for purchase at Indian Hotspot in San Ramon.

Garg is particularly proud of his desserts. He uses 50% less sugar than traditional recipes because he says the sugar can overpower the pastry and the smaller amount of sugar is better for health. The Gur Jalebis found on the menu is a hot, pretzel shaped Jalebi made with ghee and filled with syrup.

The Indian Hotspot also provides a venue for Indian festivals, customs and traditions. Garg said his daughters, Naveli & Nitya, challenged him to bring to America the experiences he left behind but still yearned for. The motto for the restaurant is “Consciously Nostalgic.”

“One of the reasons I opened the restaurant was to offer Bay Area residents an elegant yet affordable place to celebrate,” he said. “I want my kids, their friends and all fellow Americans to experience the true India, the way I experienced it back then while I was in India.”

The restaurant offered a Valentine’s Day in the spirit of India in February, celebrated Holi, the Festival of Colors in March, and plans to observe Diwali, Festival of Lights, on November 4. Patrons can also read in-depth histories on food and festivals on the Indian Hotspot website blog. 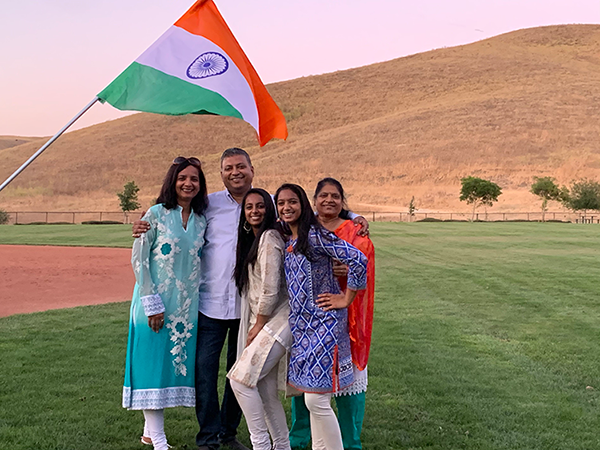 Gunjan Garg, founder of Indian Hotspot in San Ramon, is enthusiastic about his Indian heritage and especially about Indian food.

The restaurant offers online ordering, contactless pickup and delivery through dispatch apps, but for patrons yearning to come out again, a night at the Indian Hotspot promises to be the real deal.

Indian Hotspot is located at 11010 Bollinger Canyon Road, inside the Gale Ranch Shopping Center in San Ramon. Visit their website at www.indianhotspot.com.