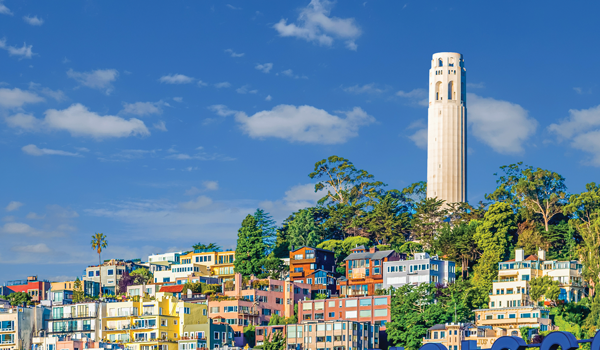 On a clear day, the top of Coit Tower offers visitors a 360-degree view of San Francisco and the bay. Photo: © dbviago – stock.adobe.com

SAN FRANCISCO, California – Legend says that Lillie Hitchcock was on her way home from school in the late 1850s when she saw the Knickerbocker Engine Company No. 5 trying to make its way up to San Francisco’s Telegraph Hill to fight a fire. The 15-year-old noticed the engine struggling and jumped in to lend a hand so they could beat the others responding to the fire. From then on she was known as a mascot of the firefighters and in the 1860s made an honorary member of the engine company. When Lillie wasn’t dressed like a man so she could sneak into the male-only gambling establishments in North Beach, she rode along with Company No. 5 whenever a fire alarm rang. 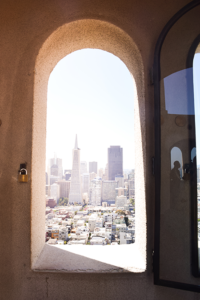 At the time of her death in 1929, Lillie Coit (she married a caller at the San Francisco Stock and Bond Exchange) left one-third of her estate to the city “to be expended in an appropriate manner for the purpose of adding to the beauty of the city for which I have always loved.”

Although many think the resulting Coit Tower was fashioned after a fire-hose, architect Henry Howard denied the claim, saying that it was the only way to build a fitting monument on the small footprint originally intended to be a restaurant. Whatever your thoughts are, Coit Tower is worth the visit.

If you’re up for a climb, take the Filbert Street stairs to the top of Telegraph Hill and enjoy the lush gardens that line your path. The stairs begin at the intersection of Filbert and Sansome Streets. Once on the stairs, plenty of signage will help guide you along the way.

There’s often a line to get into the tower. Take advantage of the wait time by wandering around Pioneer Park. Be on the lookout for Telegraph Hill’s famous cherry-headed conures, a small parrot species first discovered making their home in the ecosystem in the 1990s. Although they can now be spotted in various places throughout the city, they are still known as the Parrots of Telegraph Hill and even had a movie made in their honor. 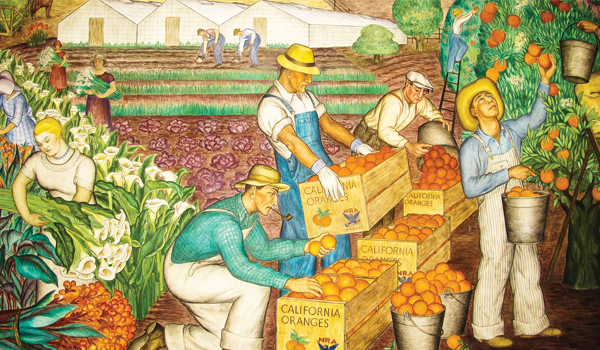 While entrance to the tower is free, there is a fee to take the elevator to the top. If it is a clear day, do this to take in the 360-degree views of the city. Although there’s a tendency to make your way straight to the elevator, be sure to take in the murals on the ground floor before heading home. Each mural depicts scenes of California during the Depression, including a stockbroker and a scientist, a farmer and cowboy, stores, banking and railroad yards. 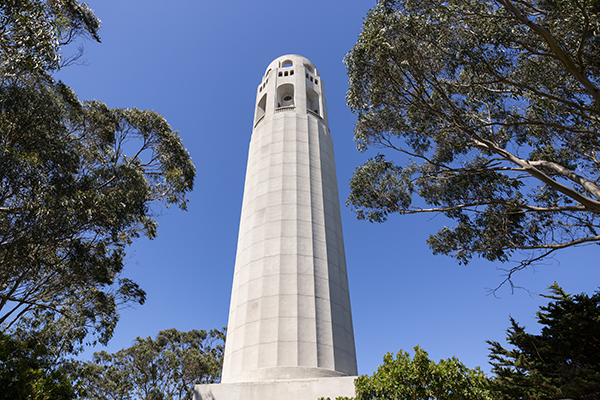 Don’t despair if you find yourself hungry. An outdoor cafe serves hot and cold drinks, pastries and pizza by the slice.

For those who took the Filbert Street stairs up, opt for the Greenwich Street stairs for your descent to get a different perspective of Telegraph Hill.

Getting there: Find Coit Tower at 1 Telegraph Hill Blvd. in San Francisco. It’s open daily from 10am to 6pm. The last elevator ticket is sold at 5:30pm. Tickets are $2-9. Parking at Coit Tower is limited. If you prefer to get there by vehicle, take a taxi or rideshare. The #39 Muni Bus travels between Coit Tower and Fisherman’s Wharf.

Your Town Daycations is a series featured in Your Town Monthly. A version of this article was originally published in the April 2020 print editions.