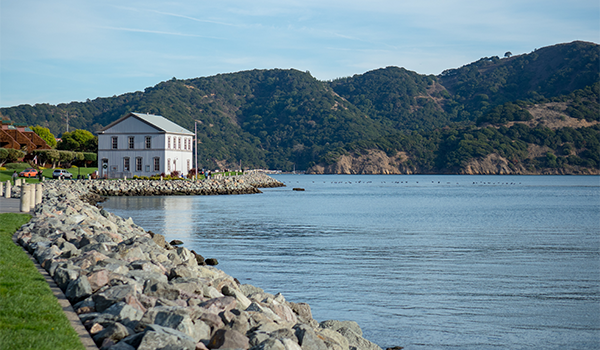 TIBURON, California – If it weren’t for the spectacular views of the Golden Gate Bridge, you may confuse Tiburon with a quaint New England town–the kind with narrow downtown streets lined with small shops and taverns where everyone knows your name. Situated north of San Francisco, the sleepy burb is home to several national landmarks, including the Railroad and Ferry Depot Museum.

Peter Donahue, an Irish immigrant and industrial tycoon built an extension of the San Francisco and North Pacific Railroad to Tiburon in the late 1800s. This segment eventually became the last stop of the Northwestern Pacific Railroad Line. A fleet of ferries provided passenger and freight service to San Francisco. Today the depot building along Tiburon’s shoreline park pays homage to the town’s former railroad days. The ground floor features an operating HO-scale model train depicting the buildings and landscapes circa 1900. The Depot House Museum can be found upstairs and is where the stationmaster’s family lived. It has been meticulously restored, detailing the life of the last stationmaster, William Bent.

For those who only have a few hours to spend, I recommend heading to Tiburon in the early afternoon. Visit the museum, stroll along Main Street and Ark Row, then head to Sam’s Anchor Cafe to imbibe in happy hour while watching the sunset over the bay. 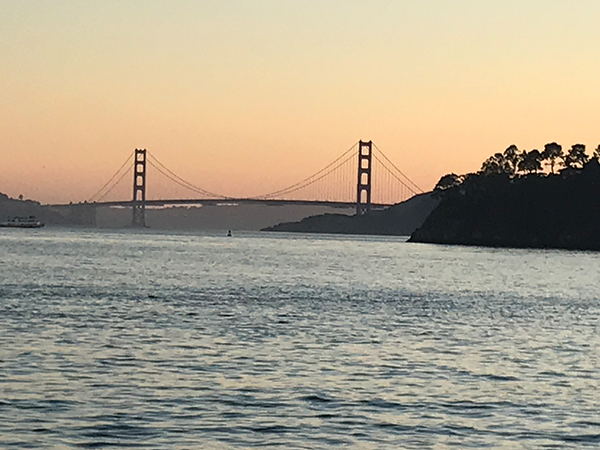 If you have an entire day, start at Sam’s for their legendary brunch showcasing fresh seafood, eggs benedicts and a Ramos fizz. After, jump on the ferry to Angel Island. A short 12-minute ride away, the island contains 13 miles of hiking trails and 8 miles of biking trails, which range from beginning to advanced skill abilities. Bring your own bike or rent one in town.

At 788 feet, Mount Livermore is the highest point on the island. On a clear day, you can see the San Francisco skyline, the Marin Headlands, Mount Tamalpais and parts of the East Bay. Throughout its rich history, the island served as home for Miwok Indians, a cattle ranch, and a U.S. Army Post. From 1862 to 1962, the Immigration Station on the island was the entry point for thousands of new settlers. During World War II, Japanese and German prisoners of war were detained there.

If you go: Tiburon is accessible from Highway 101. In January and February, weekend ferry service to Angel Island starts at 10 am. The final ferry departs Angel Island at 3:30 pm. Weekday ferry service resumes in March. Purchase tickets as you board the ship. Cash or check is required, as the ferry does not accept credit or Clipper cards. Round trip fare is $5-15. Bikes are $1 each. For ferry schedules and more info, visit AngelIslandFerry.com.

The Railroad and Ferry Depot Museum, 1920 Paradise Drive, is open Sundays 1 – 4 pm through April. April through October, the museum is open Wednesday through Sunday from 1 – 4pm. The suggested donation is $5 per person.

View Sam’s Cafe website here (including a live webcam from their patio).

Your Town Daycations is a series featured in Your Town Monthly. A version of this article was originally published in the January 2020 print editions. 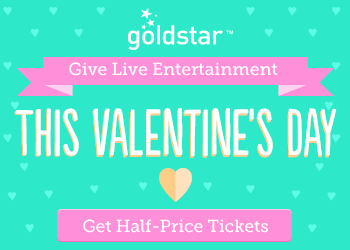