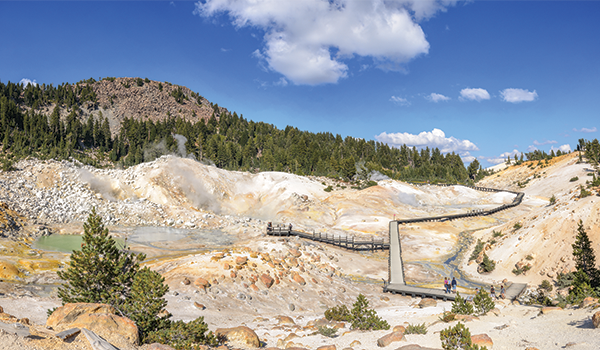 Marvel at the majesty of Lassen Volcanic National Park, with its sparkling lakes, diverse terrain and quiet spots to relax and enjoy nature. Photo © kojihirano – stock.adobe.com

REDDING, CA – California is well-known for its amazing national parks. Yosemite, Kings Canyon and Sequoia are popular destinations for tourists and locals alike, but a lesser-known national park, Lassen Volcanic National Park, is well worth your attention. Located between Redding and Susanville, the park’s most prominent feature is Lassen Peak or Mount Lassen. At an elevation of over 10,400 feet, Mount Lassen is one of the largest plug dome volcanoes in the world. It last erupted in 1921 and like the other three volcanoes in the park, scientists expect it to erupt again. While they monitor the landscape closely, no one can predict when this will occur. 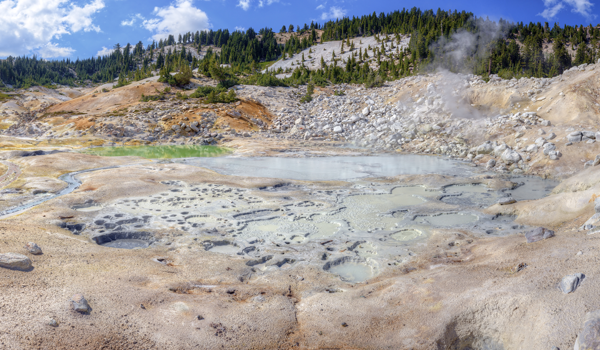 Although the volcanoes at Lassen Volcanic National Park haven’t erupted in nearly a century, volcanic forces are at work deep under the Earth’s surface. The park contains each of the four types of volcanoes—shield, composite and cinder cone, in addition to Mount Lassen’s plug dome. It also has many hydrothermal systems fed by the year’s abundant rainfall and melting snow. These systems consist of pools of acidic boiling water that bubble up from underground, however, many are hidden under only a thin crust of dirt and sediment, making them undetectable until it’s too late. In marked areas, it isn’t just important to stay on the trail or boardwalk, it’s illegal to venture outside the designated areas as severe injury can and has occurred. 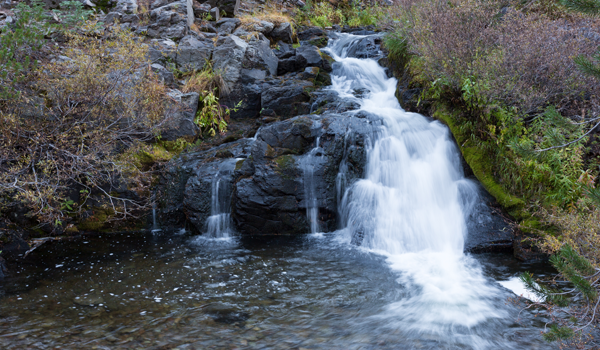 A safe and easy way to see a hydrothermal site is to visit Sulphur Works. It is right off the highway and features thumping, boiling mud pots and steaming ground. Signs and posted warnings will lead the way, or you can just follow your nose—sulphurous gas smells like rotten eggs. 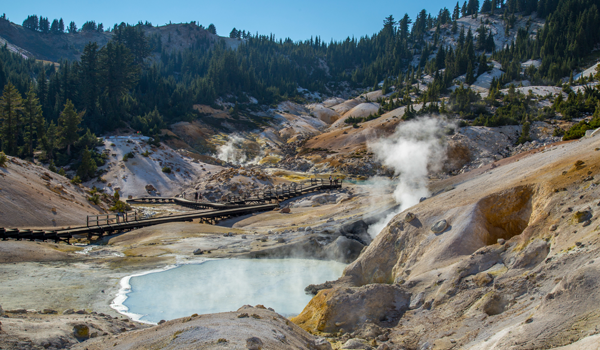 Lassen is a hiker’s paradise with over 150 miles of trails covering the rugged and diverse landscape. For anyone who likes to hike with their pooch, note that dogs aren’t permitted on the hiking trails or in the park’s backcountry. If boating or fishing is more your style, you’re in luck. There are several lakes within the park. Watercraft rentals are available at the Manzanita Lake Camper Store. 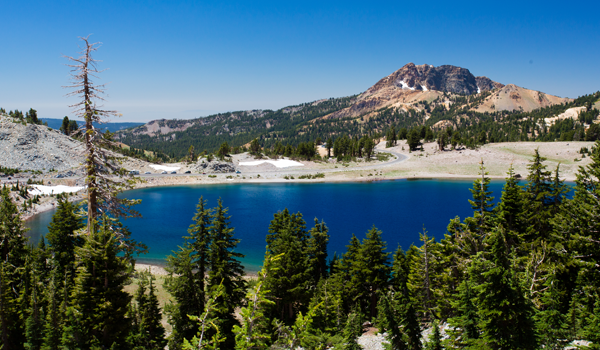 The park is divided into three separate areas: the Southwest area, which is home to the Kohm-Yah-mah-nee Visitor Center, the Manzanita Lake area and the Warner Valley area. Accommodations are available in the Manzanita and Warner Valley areas. For those who plan to stay in the Southwest area, lodging is limited to campgrounds. If you prefer, Mill Creek Resort, about 12 miles from the southwest entrance, has cabins equipped with fire pits and grills.

If you go: Vehicle passes are $30 and individual entry passes are $15. If you’re a frequent national parks visitor, consider purchasing an annual pass. Because of the various elevations inside the park, temperatures will vary, so bring layers of clothing. A rule of thumb is to expect a 5-degree temperature drop for every 1,000-foot increase in elevation. Find more information at the Lassen Volcanic National Park website and all the attractions we visited at YourTownMonthly.com/Daycations.

Your Town Daycations is a series featured in Your Town Monthly. A version of this article was originally published in the July 2019 print editions.