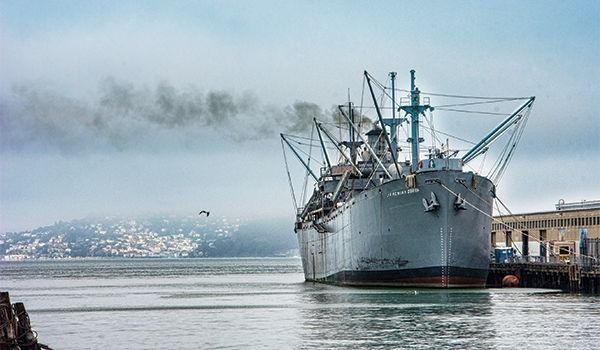 At San Francisco’s Pier 45 you can tour a pair of WWII-era vessels. Photo: Mariano Montel/Flickr

SAN FRANCISCO – If you’ve lived within the vicinity of San Francisco for long, it might be tempting to write off historic Pier 45 as too touristy given its location within the heart of Fisherman’s Wharf. And while out-of-towners do indeed like to flock to the Wharf, Pier 45 is a place for locals too.

You’ll encounter a fair number of street musicians, performance artists and souvenir shops on your way, but the pier itself offers a very different atmosphere. Looming from the sea, you’ll be greeted by two massive World War II naval vessels. One is the SS Jeremiah O’Brien, a fully functional Liberty ship. These ships, nicknamed by President Franklin D. Roosevelt as “ugly ducklings,” were mass-produced during wartime using a standardized design. Of the 2,711 ships produced, the Jeremiah O’Brien is the only unaltered Liberty ship remaining. Visitors can tour the 441-foot long, 56-foot wide vessel for a historically accurate glimpse of what life at sea was like. 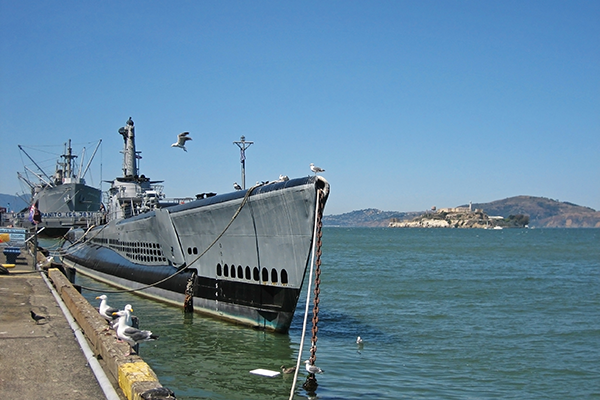 Docked alongside the O’Brien is the USS Pampanito, a restored World War II diesel-electric powered submarine. During the war, this sub made six patrols in the Pacific and sank six Japanese ships, damaging four others. Today, the Pampanito is both a museum and a memorial to the submarine service of the U.S. Navy, known as the “silent service.” Visitors can tour the sub and an audio tour is also available.

Even if you don’t purchase tickets to either vessel, you can still enjoy glimpses of life during World War II by stopping by the Park Visitor Center in the historic brick cannery warehouse, on Jefferson Street at the corner of Hyde Street. Here you can view exhibits and interactive displays that tell the stories of voyage, discovery and cultural diversity.

No visit to the pier would be complete without a stop at Musée Mécanique, a collection of mechanically operated musical instruments and vintage arcade machines. This unique museum doesn’t charge admission, but you’ll still want to bring cash. The games that once cost only a penny now run anywhere from a quarter to a dollar to play. (There are change machines inside the building if you don’t have coins.) These circa 1900 games are unusual and interesting, albeit sometimes a bit creepy. Regardless of which machine you choose, you’re bound to take an interesting trip down memory lane. 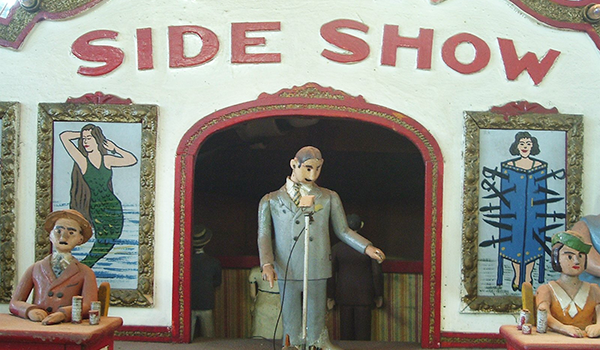 If all of this history leaves you feeling hungry, you’re just a stone’s throw away from many eateries and restaurants, including Boudin Bakery at Pier 39. The sourdough alone is worth the visit and if there is a wait for a table—or even if there’s not—go on the self-guided bakery tour, located on the second floor, to learn how they make their mouthwatering bread.

Your Town Daycations is a series featured in the print edition of Your Town Monthly. This article was originally published in the November 2018 editions.