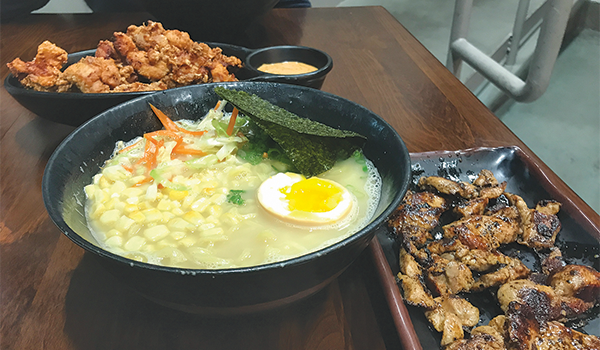 In honor of National Soup Month, this January we decided to try out some of the East Bay’s offerings that are best served in bowls. We discovered Tonli Kitchen in Walnut Creek, Brothers Kitchen in San Ramon, 110 Shabu Shabu in Dublin and  Terra Mia in Livermore.

WALNUT CREEK – Believe it or not, aside from the microwavable version, I had never eaten ramen before heading to Walnut Creek’s Tonli Kitchen. Located near the Pleasant Hill BART Station, it’s a great place to enjoy a casual meal.

My date and I started with an order of chicken karaage, which featured a generous serving of crispy and moist fried chicken breast served with dipping sauce.

For the mains, we opted for the chicken ramen and the braised pork belly rice plate. I loved the flavor of the ramen, which contained lots of corn, cabbage and noodles. The grilled chicken, served on the side, was flavorful both on its own and mixed into the soup. I’m usually not a pork belly fan, but Tonli’s is on the leaner side and has lots of flavor. 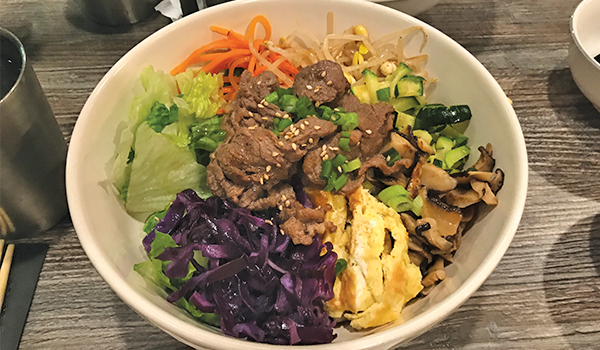 SAN RAMON – Still in the soft opening phase when I visited, San Ramon’s Brothers Kitchen, which showcases Korean soul food, is off to a great start. Situated in the Sports Basement center, the restaurant only has a handful of tables, so it’s more suitable for smaller parties.

An order of potstickers was just the thing to warm us on a chilly night. For our bowls, my date and I shared the brisket jjamppong, a spicy soup. The thinly sliced brisket was tender and the broth lived up to its zesty billing. I loved that it had oodles of noodles and a healthy serving of veggies.

Although the soup ended up being plenty for two of us, we wanted to try the bibimbap as well. Filled with rice, veggies, sliced beef and an egg, it too was delicious and made for great leftovers the next day. 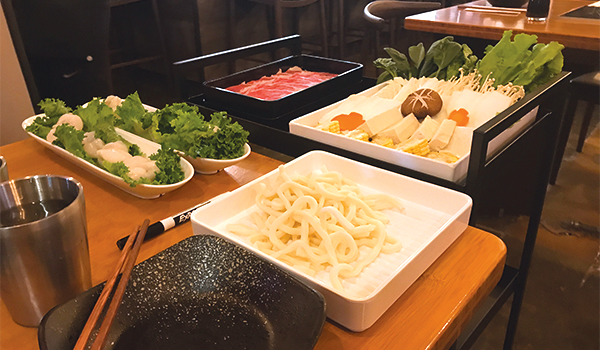 DUBLIN – One of the first known soups, shabu shabu dates back to the 13th century. It’s popularity spread throughout Asia, and different cultures have versions of this “hot pot” tradition. At Dublin’s 110 Shabu Shabu, you pick the broth, then the meat, fish, noodles and veggies to cook in your pot.

Cooking our meal was fun and brought out our preferences. I liked the coconut chicken broth, which I thought had more complex flavors, paired with the thicker udon noodles best, while my date preferred the Szechwan broth with ramen noodles. We agreed that the proteins and veggies went well with both. 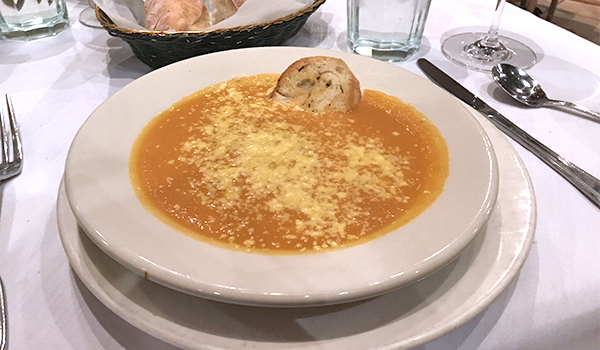 LIVERMORE – If you have a craving for Italian-style soup, Livermore’s Terra Mia is a good bet. On a recent rainy night, my date and I started our meal with bowls of fresh carrot soup alongside a basket of sliced sourdough.

We settled on two of Terra Mia’s pasta dishes-which are all made from scratch-for our entrées: pumpkin ravioli and tortellini alla crema. The ravioli had a delicate pasta wrapper and was filled with savory pumpkin. A mainstay on the menu, the tortellini was stuffed with spicy meat and tossed in a cream sauce with diced ham and mushrooms. I found this heartier dish to be the perfect antidote to the cold, wintery weather.

Janet Fazio writes ‘Tastes of Your Town’, a monthly feature on East Bay dining in the print editions of Your Town Monthly. A version of this article was originally published in the January 2020 East Bay editions.