Have a Beer and a Bite in the East Bay

Have a Beer and a Bite in the East Bay 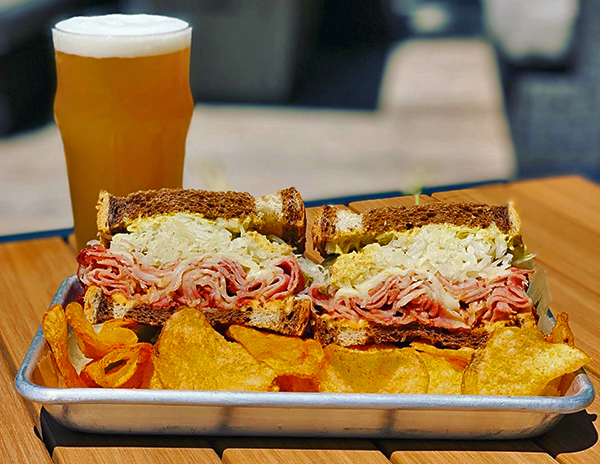 Does the heat of summer have you longing for a beer? When the mood strikes, here are a few spots in Walnut Creek, Dublin, Danville and Livermore to satisfy your craving.

WALNUT CREEK – Having opened last fall, Walnut Creek’s Hops & Scotch Tap Room and Whiskey Bar has become a neighborhood destination for a beer and a bite with friends.

With 50 rotating taps, there’s a brew for everyone. If beer’s not your preference, sort through the listing of the 450 types of bourbon, rye, single malts and blends. Or do what I did, and sample both.

The food menu is mostly composed of sharable plates. Cheese lovers will rejoice over the burrata. Enough for four or more to share, the creamy mozzarella is served on a bed of arugula and cherry tomatoes and topped with honey and balsamic glaze. Not realizing how big this dish would be, my date and I also ordered the pastrami sandwich, teeming with meat, sauerkraut and Swiss cheese. 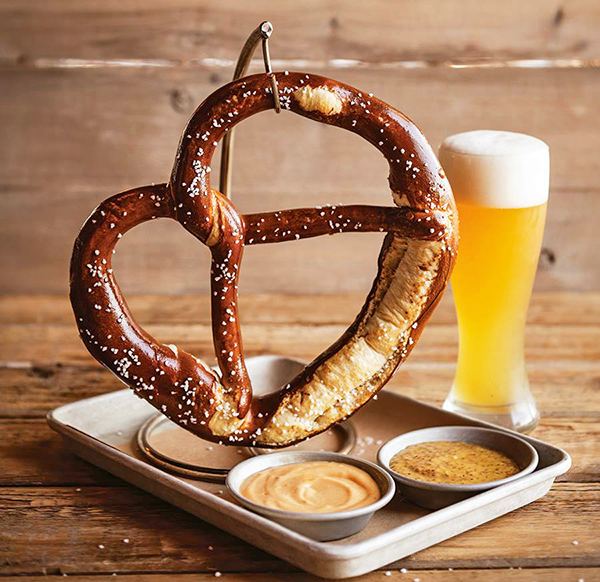 DUBLIN – What began in 2007 as a vision of best friends has grown to more than 60 locations where people can gather to enjoy craft beer, take in a game and listen to live music. Closing in on a year of pouring pints from around the globe, Dublin is home to California’s first World of Beer.

Once my date and I had decided on our beer flights, we moved on to food, starting with their German pretzel. Caramel brown outside and soft inside, the enormous concoction is pretzel perfection. Tip: order a side of beer cheese to go with it.

We could’ve stopped right there, but I was craving a burger. The BBQ bacon burger featuring a smoky chipotle sauce was fabulous. I skipped the fries in favor of a dish of tangy coleslaw. 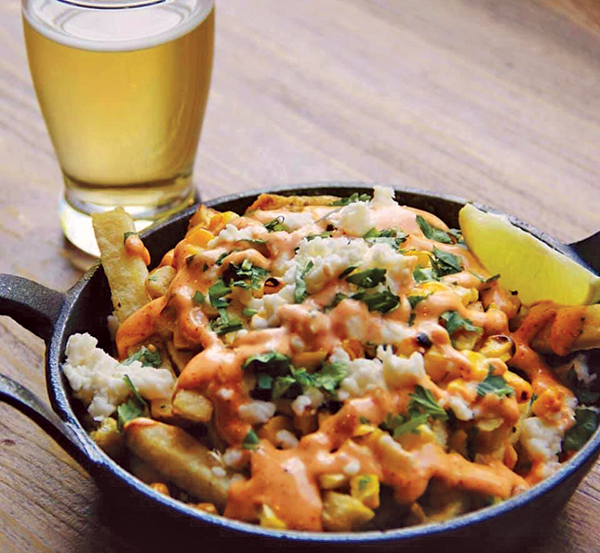 DANVILLE – Going up against breweries from around the country, Danville’s own Danville Brewing Company took home two medals at the 2018 Best of Craft Beer Awards. If you haven’t tried their gold medal 925 Blonde, you must at least include it in a flight as I did on a recent visit.

While the burgers are good, salads and bowls are standouts on the menu. With each bite filled with texture and flavor, the Hawaiian ahi poke salad with cabbage, mixed greens, pineapple salsa, crispy taro strips and grilled scallion dressing is my hands-down favorite. Or, if you prefer, pick your protein (beef, turkey or a veggie burger) and enjoy with mixed greens, quinoa, roasted tomatoes and goat cheese. Either way, you’re in for a treat. 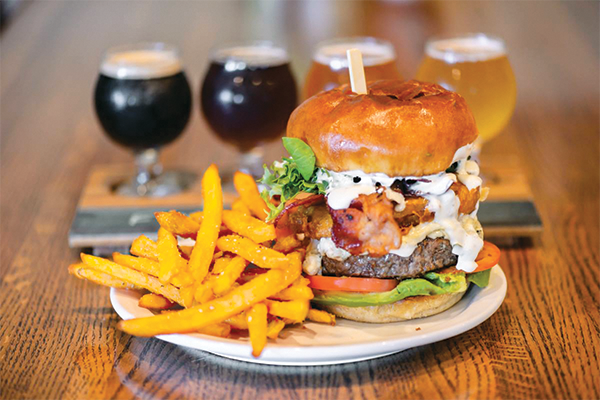 LIVERMORE – Whether you’re meeting up with friends to watch a game or treating the soccer team to burgers and fries, nothing says neighborhood-friendly better than Livermore’s Rock House.

An order of house-made potato chips paired perfectly with beer flights from the selection of rotating taps.

I enjoyed the Alamo burger with pepper jack and jalapeños. Rock House uses a blend of brisket, short ribs and Angus beef in the meat patties, giving the burger a greater depth of flavor than most others.

The Squealer, a slow-cooked pork sandwich topped with bacon and gorgonzola coleslaw, was our favorite of the evening.

Janet Fazio writes ‘Tastes of Your Town’, a monthly feature on East Bay dining in the print editions of Your Town Monthly. A version of this article was originally published in the August 2019 East Bay editions.