Dine In or Take Out in the East Bay this January

Dine In or Take Out in the East Bay this January

If you’re like me and in holiday spending recovery mode but can’t bother with cooking every night, here are some great dine-in or take-out spots that won’t break the bank.

The chicken tikka masala wrap was stuffed with flavorful chicken breast, rice, vegetables, greens and creamy cilantro. I kicked the flavor up a notch by adding harissa.

But hands down, my favorite of the evening was the bánh mì Dutch crunch sandwich with lemongrass pork, pickled veggies and greens. Keeping with the spicy theme, I added jalapeños and Sriracha.

Waffle fries were notably good and helped offset the spice.

SAN RAMON – When you have to have Indian food, San Ramon’s Hyderabad Biryani House is the place for you.  Chicken tikka masala is one of my favorites and I enjoyed theirs, which features boneless chicken breast in a traditional creamy sauce. Be sure to get naan to soak up the extra sauce!

For a veggie, we opted for aloo gobi, a savory dish filled with diced potatoes and cauliflower.

As you might surmise from the name, biryanis are a specialty, so I wasn’t surprised that my favorite of the evening was the chicken biryani. This generously sized dish, which could easily serve four, was loaded with fall-off-the-bone tender chicken and aromatic basmati rice.

Dishes start at $3.99. No alcohol. Open Tuesday-Sunday 11:30am-3pm and 5-9:30pm. 2217-D San Ramon Valley Blvd., San Ramon. The atmosphere could be considered sparse. If that bothers you, order to go. HyderabadBiryaniHouseCA.com 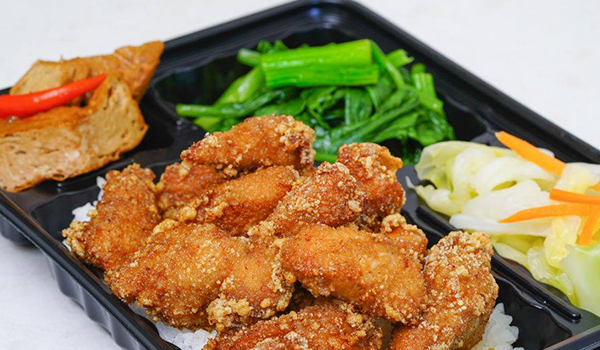 PLEASANTON – The menu may be small, but the boxes at Pleasanton’s Bentolicious are big on flavor. With only a handful of tables available, you’ll want to keep take-out as an option.

The main menu features a short selection of proteins, so be sure to check out the list of daily specials posted on the wall. The basil chicken was aromatic, tender, and you could cut the perfectly seasoned black pepper beef with a fork. Deep-fried pork and organic shredded chicken are favorites among regulars.

All boxes include your choice of three sides. Sautéed cabbage, Chinese greens, eggplant and pickled eggs were a few of the offerings. If you’re adventurous, try the salted deep-fried pumpkin; I thought it was the standout of the evening. 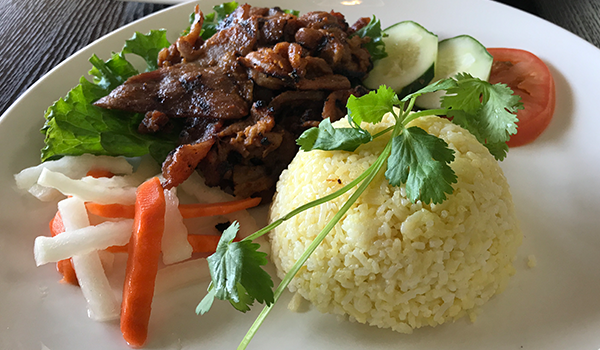 LIVERMORE – With everything from grenouille to shaking beef on the menu, Livermore’s La’s Kitchen is the place to go to savor your Vietnamese and
Pan-Asian favorites.

I wasn’t adventurous enough to try the frog legs, so I started with an order of shrimp and pork egg rolls instead. Featuring four crunchy rolls with a savory filling, this is a great appetizer to share.

The grilled pork strip rice plate was a home run. The thinly sliced marinated pork was flavorful and filling. Rice rarely warrants a mention, but La’s is out of the ordinary – a real treat. If you prefer pasta, you will love their garlic noodle options.

Janet Fazio writes ‘Tastes of Your Town’, a monthly feature on East Bay dining in the print editions of Your Town Monthly. A version of this article was originally published in the January 2019 East Bay editions.